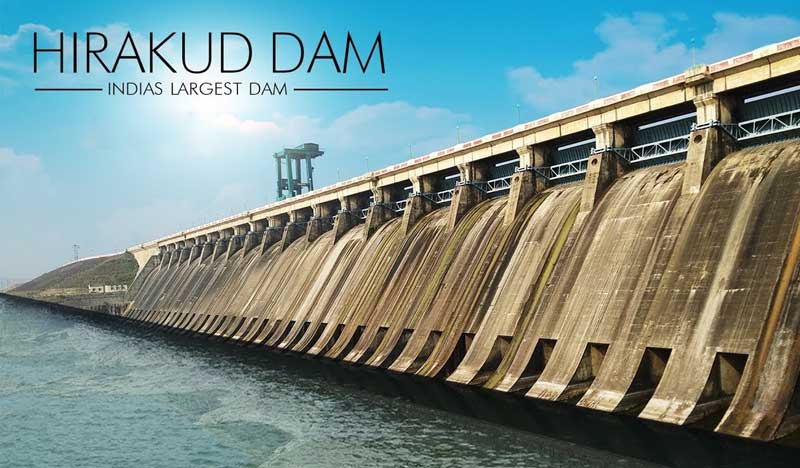 Jawaharlal Nehru Proudly called Dam as the temple of Modern India. Why so? He said this because dams can solve major problems that our country faces such as irrigation, flood, human consumption, and industrial processes. India has many dams but some of them have very much importance from a historical point of view. One of the best dams in India is the Hirakud dam. It is situated 15 km away from Sambalpur, Odisha. This dam is significant as it is the first major project after Independence that serves multiple purposes.

This dam is the longest earthen and is 25.8 km in length. It spans between two hills namely Laxmi Dungri on left and Chandili dunguri on right. It also forms the biggest artificial lake in India. There are also two observation towers on both sides of the dam. One is “Gandhi Minar” and another is “Jawahar Minar”.

The first purpose that it served was that it controlled the flow of water and prevented flood. Second thing is that the dam is leveraged to produce electricity. There is a hydroelectric plant that is used to produce 307.5 MW electricity.

This dam has also helped substantially to irrigate Kharif and Rabi crops in the Sambalpur district of Odisha.

The dam is also suitable for the flora and fauna of the nearby area. A famous wildlife sanctuary called Debrigarh sanctuary is located here. Migratory birds visit this dam at regular intervals.

Stamps and Notes to commemorate this Dam

Stamps and notes were released by the Postal Department and RBI to commemorate the construction of this dam.

Hirakud dam is not just a dam, it is an engineering marvel and an example of human competency to overcome the challenges put by nature. It shows that with an effort a problem that seemed insurmountable at first can be solved efficiently.