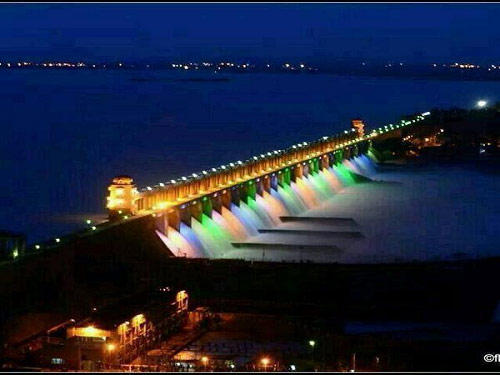 The main purpose of the Hirakud Dam India was to check the massive flood that was effecting a large part of coastal Orissa. But construction of the dam greatly affected the native of western part of Orissa. Nearly 1.5 Lakh people got affected by the Hirakud project. Nearly 22,000 family were displaced by the dam project.

After independence we have made lots of progress in Dam and water reservoirs, Now India is one of the world’s most prolific dam-builders. Around 4300 large dams already constructed and many more in the pipeline, Almost half of which are more than twenty  years old. These dams are major attraction of tourists from all over India.

India’s longest dam is Hirakud Dam. Constructed on Mahanadi River this is situated in Indian state Odisha. Amongst the Dams of India this definitely holds a unique position. Hirakud dam is situated near Sambalpur District of Odisha. 15 kilometres from Sambalpur this is a milestone after Independence Of the country. This is a historic Dam.  Controlling the Mahanadi River was important.

The dam currently has 98 gates, 64 sluice gates and 34 crest gates, to release flood-water. However, the CWC has recommended raising water discharge capacity of the dam by 1.5 times. Sambalpur faces flood-like situation when 30 gates of the dam are opened, releasing 8 lakh cusec of water. The new spillway(s) would release water into Jhari Jor beyond Chipilima to avoid flooding of the city.

The Hirakud Dam with the channel provides best environment for wildlife. For the development of wild animals Hirakud Dam provides ideal conditions, so the Debrigarh wildlife sanctuary is located here in which thousands of species are leaving. Many species of migratory birds visit the reservoir during winter for a better atmosphere. Nearly 20-25 species of birds are seen in the reservoir. Some common birds are common pochard, red-crested pochard, great crested grebe and several others.