Good things take time and so is the construction of Hirakud.

The longest amongst the list of Dam in India, Hirakud was inaugurated in the year 1957. The inauguration of the dam was done by the then Prime minister Jawaharlal Nehru. However the history of this beautiful and exceptional Dam dates even before 1953. In India dams have proved to be sustainable. The usability of these dams is many and they are the most efficient way of utilising the water resources of the country.

In the year 1936 the country saw devastating flood. This flood was in the same delta. Before this flood Bharat Ratna(1955) Sir M. Visveswararya (an engineer) submitted a report about the detailed investigation of the Mahanadi reservoir plan. This plan aimed at tackling the problem of the Mahanadi delta. The geographical location of this delta is so that it needed attention. Sir M. Visveswararya was the diwan of Mysore. This engineer of India is honoured by celebrating Engineer’s day on 15 sept. every year on his birthday.

India Dams have their own significance. The Mainland of India is blessed with various rivers that originate and end at certain places. The hill valleys are mostly the origin place of these rivers and they end up submerging in either oceans or other bigger river bodies. 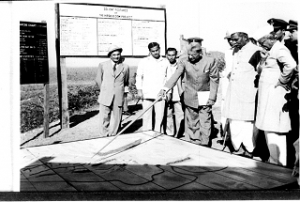 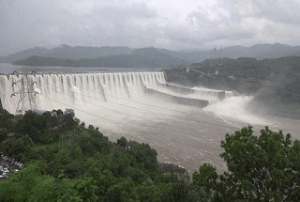 Hirakud dam tops the list of dams in India. It was completed after more than a decade’s efforts. This is a good example of how huge projects take time and what all phases they have to cross by. Red-tapism in the older days of governance was quite high. The approvals for such huge projects must have taken ample of time and efforts. A lump sum amount of 1000.2 million INR was invested in this huge project. This is the estimated budget and the actual figure might be higher than this.

Hydro electricity generation started from the dam and this contributed to the economy of the country. Hence the investment has good returns.

Today the Dam stands proud and in the list of India dams. It has fulfilled many a needs. Water is a natural resource that’s’ depleting day by day. Projects like this help the human race in conserving and optimally utilising the water resources. Sustainable development is the key to success. Building dams on vast rivers is one such development sign.